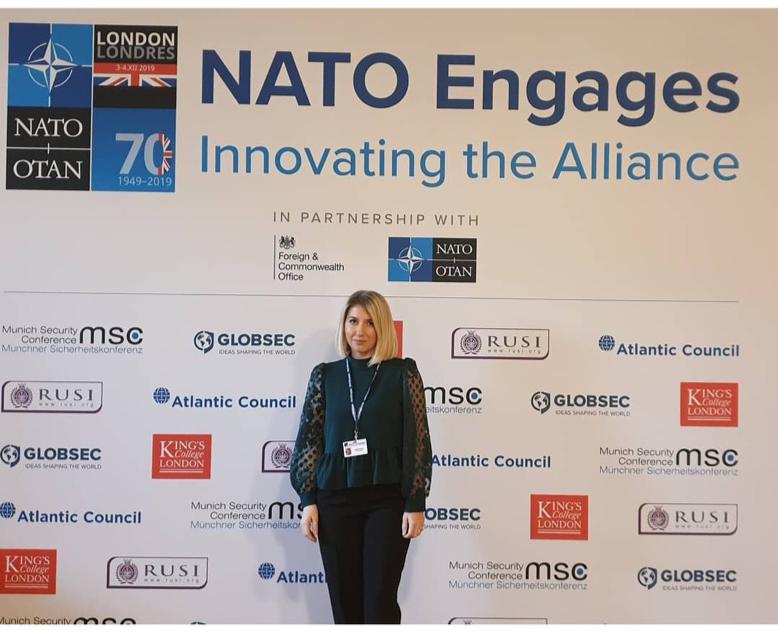 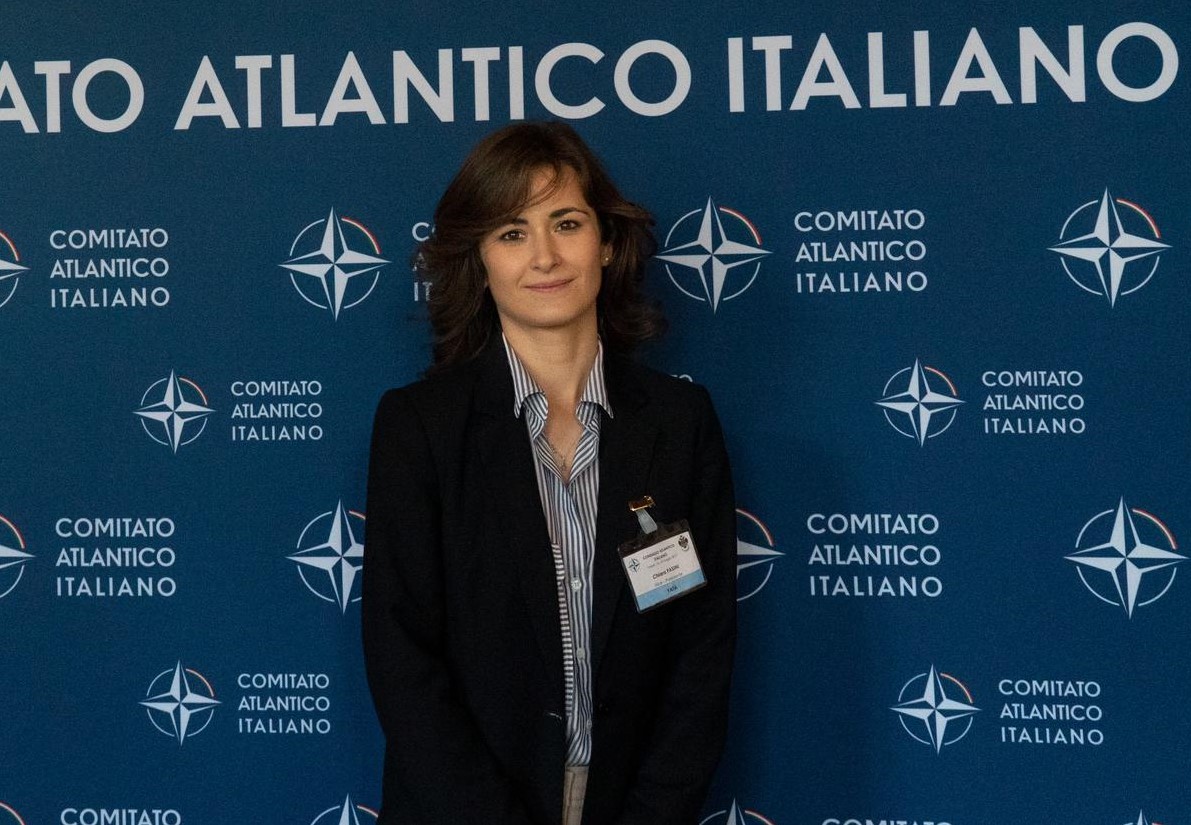 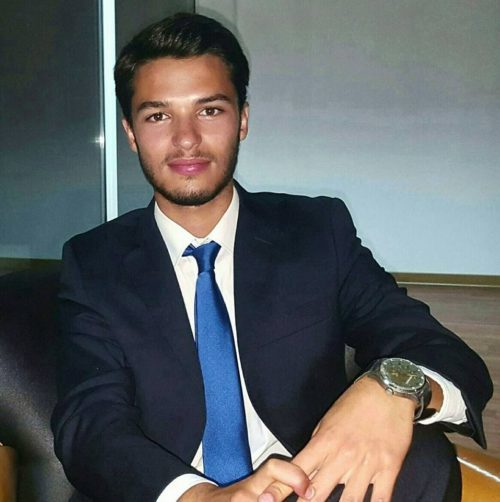 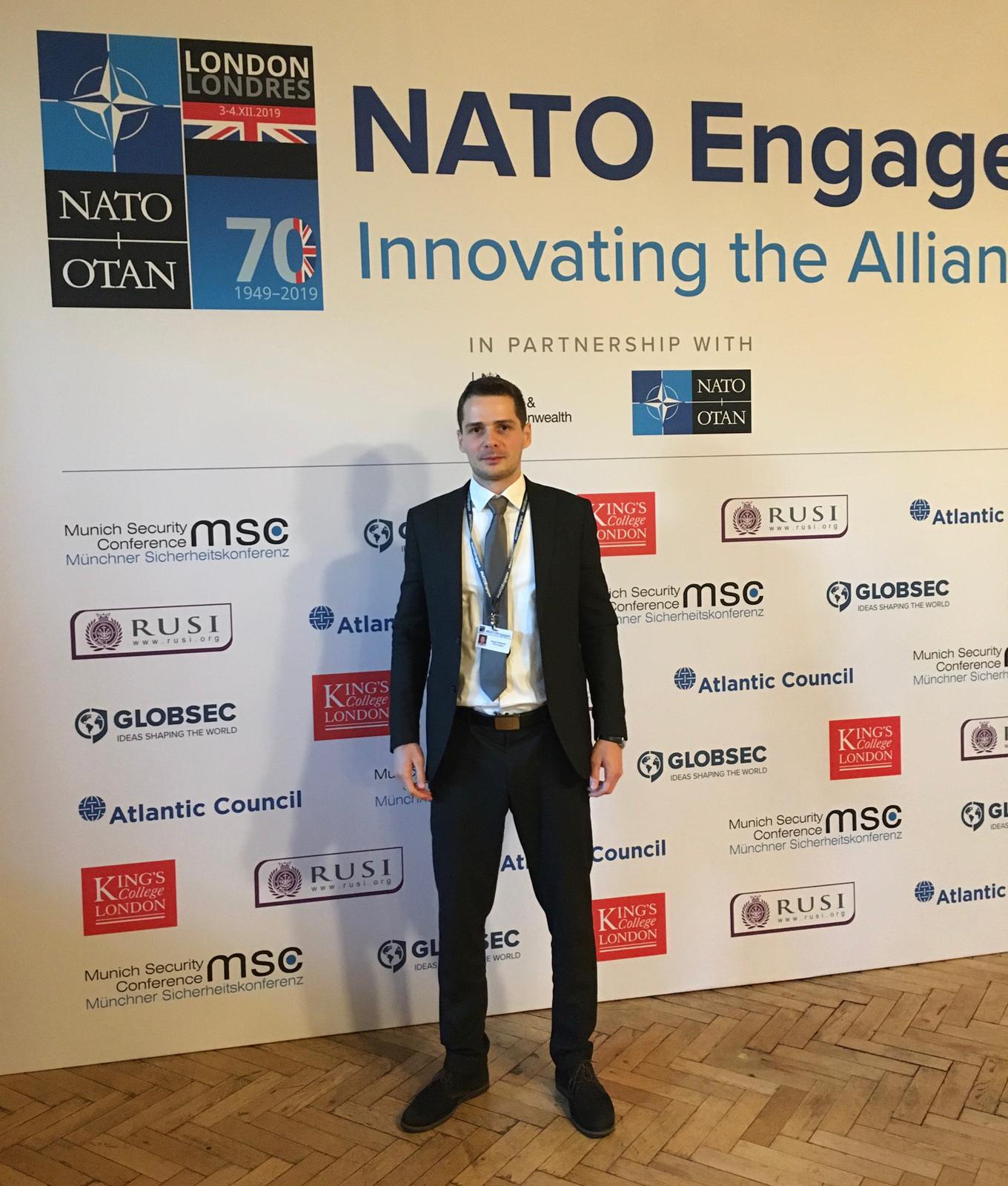 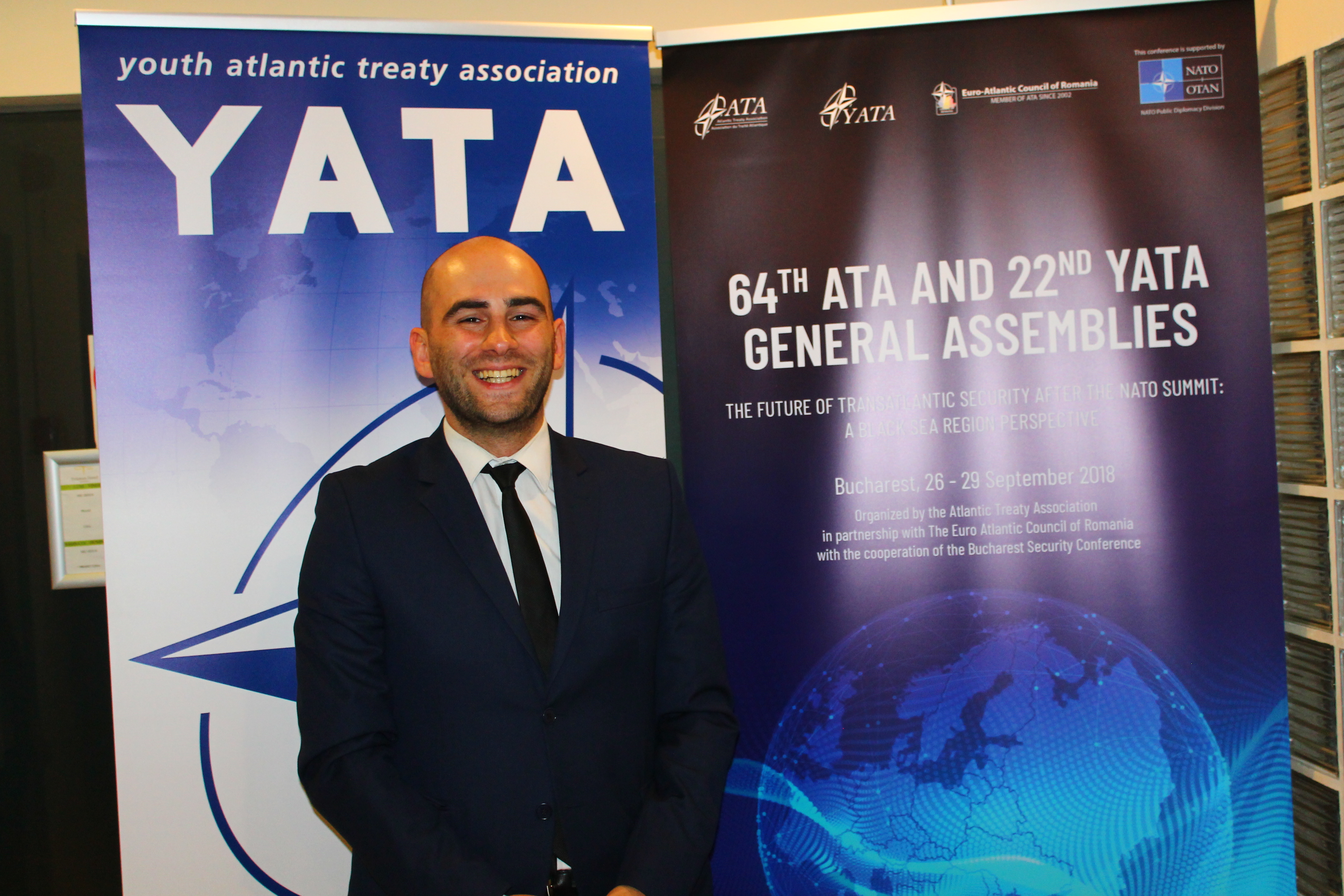 Graduated from the State University of Tirana with a Bachelor of Arts in Political Science with a profile in Politics and Government. Also based on an Excellence Scholarship from the European University of Tirana Juxhina was graduated with a BA in International Relations. She got a Master of Science in Strategic Studies from the EUT and a Master of Science in International Law.

She has worked at the European University of Tirana as a Professor Assistant at the Department of International Relations, Faculty of Applied Social Science. She has been part of the Youth Atlantic Treaty Association of Albania since 2010 as a student and working closely with the ATA of Albania since 2012. From five years she has been in charge as the Director of the Department of Human Resources at the Ministry of Environment of the Republic of Albania.

Since 2017, Vice President and co-founder of the Italian national chapter of the Youth Atlantic Treaty Association. Chiara Pasini is graduated in International Science and European Institutions at the University of Milan, with a thesis on the Chinese approach on Cybersecurity. During her bachelor, she was co-founder, treasurer and then President of SIR – Students for International Relations, a university association focused on the main topics of the international relations, diplomacy and international cooperation.

Since September 2018 and currently, she is enrolled in the master degree in International Relations at the University of Florence.  Chiara Pasini is a member of the Woman, Peace and Security task force established by the Atlantic Treaty Association. Starting from 2017 she is a relief volunteer of the Italian Red Cross.
Since 2020 Chiara Pasini is the Executive Vice President of YATA International.

Manuel Matos dos Santos is a member of YATA Portugal Executive Board for 6 years now, having organized several events to promote NATO values reflected on the primacy of Freedom, Democracy and Collective Defense. He studied Political Science & International Relations at Nova University of Lisbon, doing an Internship at the Portuguese Ministry of Internal Administration and while being Coordinator of the Department of Innovation and Entrepreneurship at Nova Student’s Association, which gave him leadership and capacity planning. During his Bachelor’s, Manuel also studied in Prague for 6 months, at Charles University, being a fantastic growth path in an international environment.

After that, Manuel started his Master’s at Lisbon School of Economics and Management on the field of Development and International Cooperation and he is currently finishing his Thesis under the theme “Sports as a tool for Development: the Portuguese National Team case”.

In 2017, while taking his Master’s, Manuel began his professional career as a Community Manager at Closer Consulting, a Data Science company specialized in Business Intelligence, Advanced Analytics and Artificial Intelligence, approaching technological themes also related to many NATO’s security topics. Manuel continues to develop his work at Closer.

In January 2019, Manuel was nominated to the Presidency of YATA Portugal under the commitment of “Promoting Diplomacy through Transatlantic Values”. The team has been approaching different International Relations’ themes in conferences, seminars and webinars, in Portugal and abroad. Manuel is also invited to speak and present his ideas in the most diverse conferences and events regarding Security and Defense issues.

After graduating in International Relations BA at Eötvös Loránd University, he started his MA studies in Management and Leadership at the Institute of Business Economics of ELTE in Budapest. Currently he is the Vice-President of ATA Hungary and the President of YATA Hungary. He has been working at the Antall József Knowledge Centre, a Budapest–Brussels based think tank, since 2015 and currently is the Head of Talent Management and Innovation Department. In addition to his researcher and publishing activity, he is Editor-in-Chief at The Budapester magazin.
In September 2020 Felix A. Debrenti was elected VP of Public Diplomacy at YATA International.

Rati Bakhtadze graduated from Tbilisi State University in 2013 with a degree in Law (field of International law) and 2015 – Master at International Law. He attended numerous assemblies, forums, and round-tables in Canada, Estonia, Belgium, Norway, Portugal, and other countries. Rati joined YATA Georgia in 2013, 2014-2018 he was executive director. 2018-2020 Rati was VP for Public Diplomacy at YATA International.

In 2013-2015 he was working as a legal analyst at NGO “Georgian’s Reforms Associates”, 2015-2018 as Chief specialist at Ombudsman’s office. Currently, he is a PhD candidate in International Law and Secretary General of YATA Georgia.

Rati speaks English and Russian in addition to native Georgian.